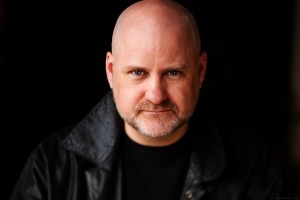 Richard was the founding Artistic Director for Keystone Theatre and maintains a key advisory role with the company as Artistic Associate. Â Richard has been an actor and director for over 25 years. His work has been seen across the country in various venues, including theÂ StratfordÂ andÂ Shaw Festivals,Â The Citadel TheatreÂ andÂ The National Arts Centre. He directed theÂ Canadian Comedy AwardÂ winningÂ Trapped in TaffetaÂ byÂ Leslie Seiler, and spends a lot of time with Shakespeare, too. His work as an intern director atÂ The Shaw Festival, and particularly as an assistant director toÂ Neil MunroÂ onÂ ChaplinÂ byÂ Simon BradburyÂ was particularly influential and helped lead him to launching Keystone Theatre.