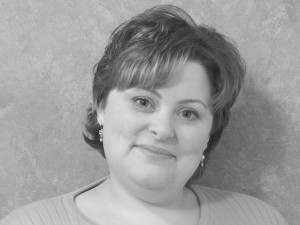 Kimberly has been a Production Manager for Firebrand Theatre (A Midsummer Nights Dream & Edmund Ironside), Secretary, Past President and Performer for Theatresports Toronto (now Bad Dog Theatre) and Production Manager, General Manager, Set Designer and Producer for Simple Truth Theatre (Trapped in Taffeta â€“ Canadian Comedy Award and Canada Jacks). She has been thrilled to lend her administrative, logistics and design abilities to the talented ensemble of co-creators that brought â€œBelleâ€ to life. When not working with her husband Richard to create theatre; Kimberly spends her days as Senior Account Executive for Canadaâ€™s largest and most awarded dÃ©cor and event design firm.